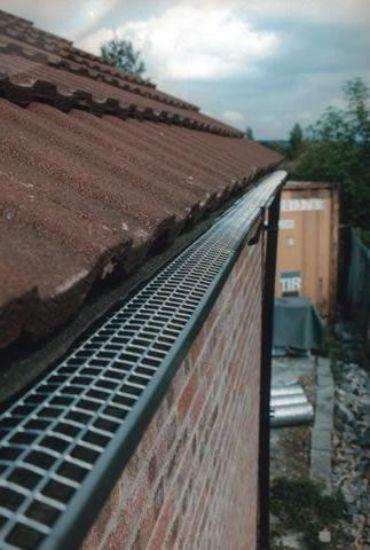 It's a question that has puzzled the minds of some of the world's greatest thinkers - no, we don't mean 'what is the meaning of life', what everybody wants to know is just who does shave the barber, make the cobbler's shoes or look after the final affairs of the undertaker?! With many variations in job role, this question has become a saying though you don't ever expect yourself to find out the truth at first hand but that is what happened to your faithful writer last weekend...

Regular visitors to the BS Fixings website will be aware of one of our newest products, manufactured by Bluebird Fixings and available from us at some of the best prices around. This product is the Gutter Guard, articles (penned by Yours Truly) which have featured in these very news pages, particularly as it has been so rainy over the past few weeks. So I'm sure you can well imagine my embarrassment when I was awoken by loud splashing sounds at 4am, quickly followed by an almighty crash that set my next door neighbour's dog, who is very elderly and has been practically deaf for two years, barking and howling until the sun came up.

You know that feeling you get when you are rudely awoken from a deep sleep? Everything seems a little bit surreal and, for a few moments, you can't quite unite the really real reality with the dreamworld you've just left. I was aware that this sound of rushing water was more than just rain but I lay there imagining all sorts of implausible reasons for it. The moment that realisation dawned and the moment that the crash happened simultaneously and I was forced to accept the fact that, like the bearded barber, shoeless cobbler or unburied undertaker, I had not practised what I preached and had neglected my own gutters, which had responded in the most dramatic and damaging way they could.

A gutter is, quite clearly, not a load bearing element. It is designed to carry a continuously-moving stream of water at a certain level and, if it gets blocked and has water standing in it, then it becomes weakened by the unexpected load. As liquid is so heavy (think about all the times you have struggled home with heavy shopping and cursed all the bottles), the load can become too much and the inevitable happens. It's a good job that the incident occurred at such an unsocial hour as somebody could easily have been beneath the tumbling gutter pipe, water, bits of masonry and all the nasty stuff that had caused it to become blocked in the first place.

I am not going to go into all of the many other ways that blocked gutters can damage your home or about all of the Gutter Guard's many features that help prevent it - these topics are too depressing for me now! To find out for yourself, just click here - I am off now to install my own (in one of the clearest-cut cases of locking the stable door after the horse has bolted. Don't be a nutter - Guard your Gutter! 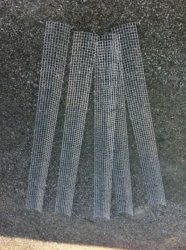 Growing Timber Shortages in the UK

There is a crisis going on in the UK right now with supplies of timber being described to “face uncertainty in 2022” which could be worrying for those who rely...

Here at BS Fixings, we are experts in everything steel, construction, and DIY-related, and we love to see how the industries are thriving in the UK and across the world...

Carbon Emissions are Dropping Within the Steel Industry

Wood Mackenzie, a leading Verisk business, expects that the carbon emissions produced by the steel industry will fall by 30% by 2050, compared to 2021 levels. Despite the challenge of...

Well, the short answer to that question is YES! Stainless steel as a material is fire resistant, boasting properties that prevent unsafe situations such as ignition and spreading of flames...

Stainless steel is used all over the globe for its strength and corrosion-resistant properties, and it is used in a wide range of industries such as construction, automotive, and the... 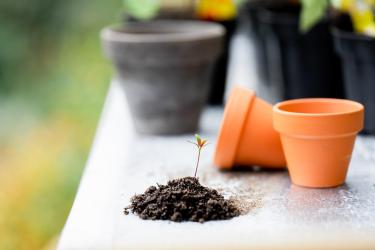 As we are now in the summer months, more and more people are doing a spot of gardening, whether that be mowing the lawn or planting a few colourful flowers...