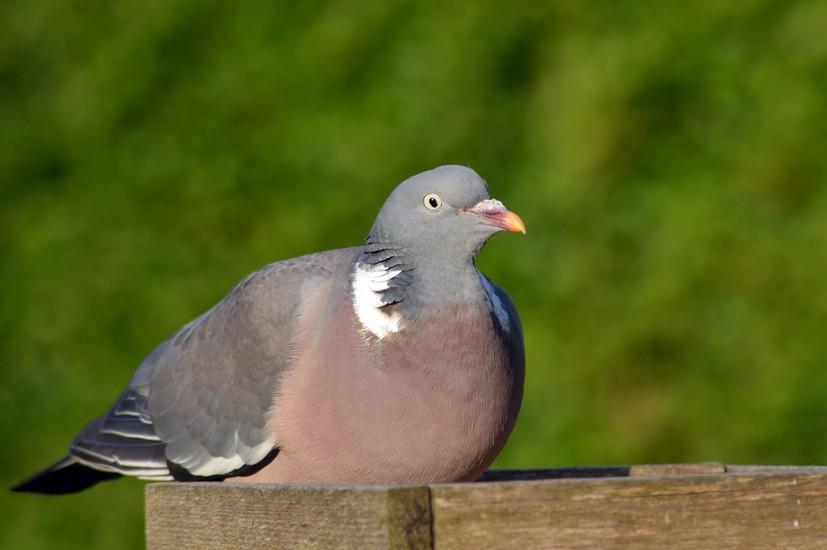 Scot Thomson managed to free the errant bird, which had come down the chimney and found itself trapped behind a bedroom wall.

After hearing scratching sounds from behind the wall, Scot’s daughter Shenel became concerned and contacted the Scottish Society for the Prevention of Cruelty to Animals (SSPCA), who unfortunately were not able to help. Scot, a builder, located the bird by listening at the wall before spending a noisy and messy ten minutes hammering a hole that would allow the woodpigeon to escape.

"I had to be careful because I didn't want to scare the bird.. I put a towel on the wall as I was hitting it so it didn't make a noise” said Scot, cheerfully adding that he didn’t “care if it costs £1,000 or £10,000; that bird is a British citizen and it needed my help”. Although his daughter had recently spent thousands of pounds on decorating her house, Scot’s conscience simply couldn’t allow the bird to die and so he made the costly hole without regard for the consequences.

A spokesperson for the SSPCA said that wood pigeons, along with other birds, “will often sit on top of chimneys they can fall down” and that they had neither the “tools or expertise” to free the trapped bird. She added that the SSPCA was “pleased to hear that in this instance the wood pigeon was able to be freed unharmed."

Stainless steel wire balloons are the perfect way to prevent birds getting into chimneys and BS Fixings offer a comprehensive collection to suit your needs. Find out more about wire balloons.