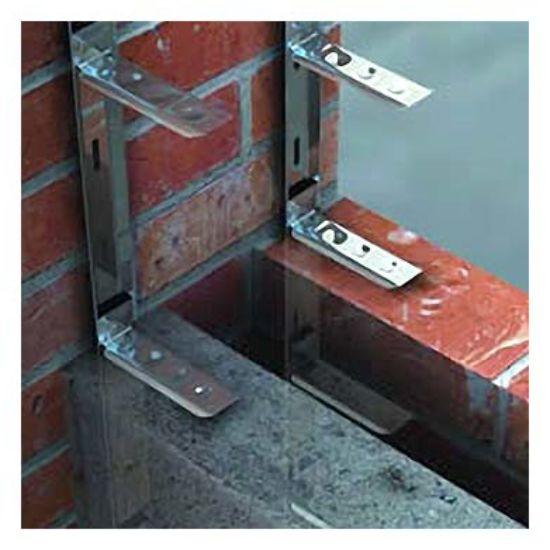 Cavity walls are created from two 'skins' of masonry, commonly brick or block, which are separated by a hollow space. As masonry tends to absorb moisture, rainwater and water vapour are drawn in to the cavity, which then serves as an effective way to drain water out via weep holes, which are located at the wall base or above windows. The weep holes also allow for a flow of air to be created, which helps to remove evaporated water to the outdoor environment. Weep holes place above windows help to prevent the wooden frame from suffering dry rot issues.

It is essential that both skins are firmly attached to one another, allowing the finished structure to function as a single unit. The attachment is facilitate using wall ties, which provide an effective, lasting bond between the two components of a cavity wall structure.

Introduced in north-west Europe in the 19th century, the use of the typical method of cavity wall construction became widespread during the 1920s, with some early examples using stones to attach the two leaves of the wall. The 20th century saw this primitive method give way to the use of metal ties, with stainless steel being the most common metal used due to its many qualities.

Cavity widths were initially extremely narrow, and were primarily used to prevent moisture passing into the structure. Cavity insulation became popular in the 1970s and became compulsory in the 1990s.