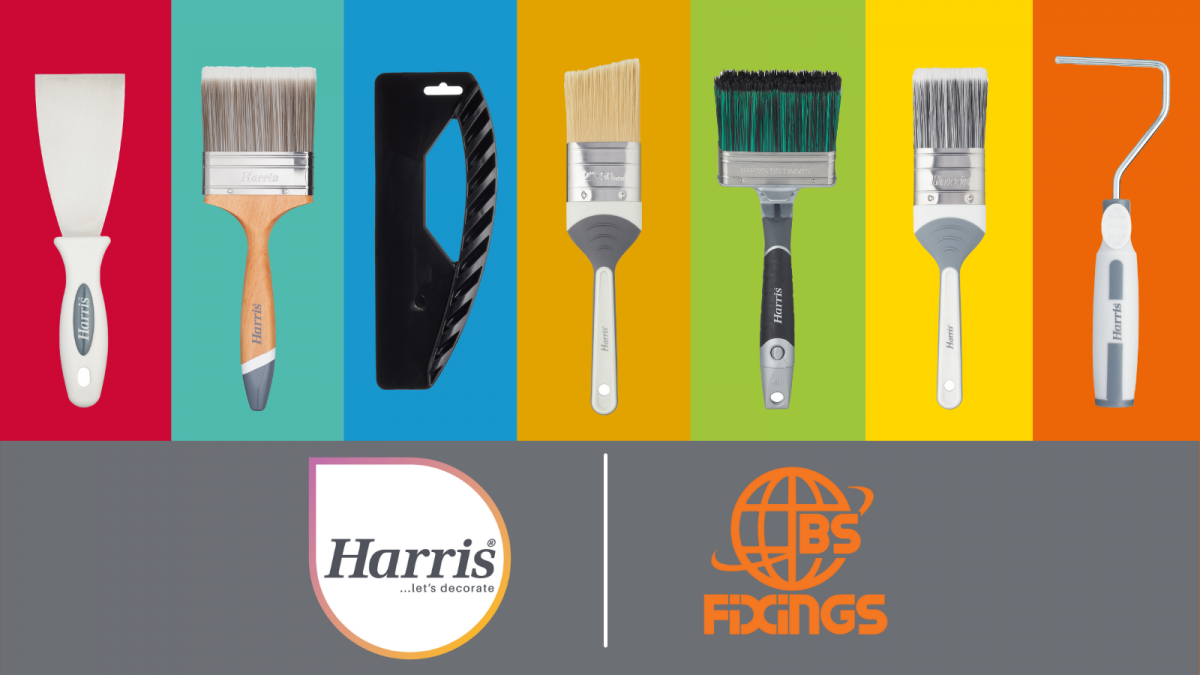 Some big news has come in from one of our best-selling brands today. Harris, one of the leading decorating brands, has just confirmed it is investing in a consumer advertising campaign this autumn. Whilst the exact budget is not known, it is reported to be a whopping seven-figure sum. The investment will be used to cover TV advertising as well as out-of-home channels, including large poster sites. The campaign will also be supported by enhanced PR activity, social media coverage, and influencer engagement.

Harris Brushes  is also looking at producing a range of point-of-sale promotional material to support the retail stockists up and down the country, to tap into the impulse buy market for items such as the Harris 11 Piece Decorating Set

The campaign is primarily a brand awareness campaign. Through it, Harris aims to educate the UK’s DIY’ers about the negative effects of using poor quality decorating tools. It'll also showcase Harris brushes, rollers, and decorating tools as the “quality choice for great results.”

It's titled the “Blame the Brush” campaign, which has the strapline "Do The Job Properly With Harris." The campaign is planned to start on September 22nd so, at the time of writing, the campaign might actually be live.

The Media chosen for the campaign includes Channel 4 with the adverts coinciding with the final episode of Changing Rooms. In addition to this, Harris are placing the adverts alongside other decorating programmes. Adverts will also feature on the ITV Hub, Drama and Really. The outdoor campaign will target prime poster sites adjacent to leading DIY stores frequented by the target audience.

Commenting on the campaign, Harris’ marketing director, Philippa Pawson said, “When we relaunched the Harris brand, we promised retail stockists a high-profile campaign aimed at changing the way consumers viewed decorating tools. #BlameTheBrush focuses on the problems caused by poor quality tools such as bristle and lint loss, streaks, and drips as represented by our animated decorating tool ‘criminals’ while positioning the Harris tools as the heroes who save the day.

Clearly, it Is hoped the campaign will drive sales, so make sure you get your Harris Brushes and decorating products from us here at BS fixings before national stocks run low!