It's Springtime: Time for Springs! 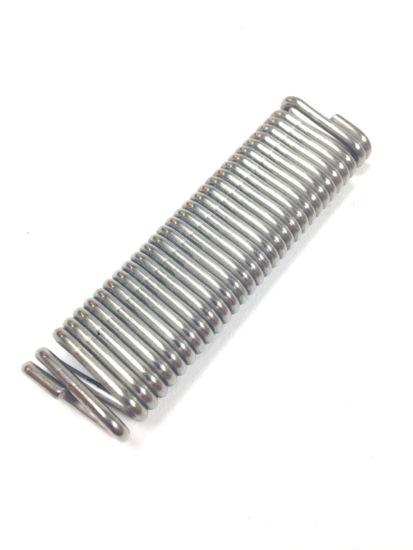 Spring has finally sprung! So, in keeping with the season, here we showcase our very own springs...

Found in all sorts of machinery both simple and complex, in sizes from the microscopic upwards, springs are objects capable of storing mechanical energy and have been used by human beings for thousands of years. The simplest form of non-coiled spring is the bow (as in bow and arrow) and archaeologists have found evidence to suggest that objects such as tweezers were used by people living through the Bronze Age.

Mathematician and inventor Ctesibius (285-222 BC) was the first to develop bronze that had the characteristics of a spring; this was achieved by producing an alloy of bronze and tin which was hammer-hardened after casting. It was not until the 15th century that coiled springs first appeared, used in door locks.

A century of innovation, the 15th also saw the invention of spring-powered clocks which would lead to watches by the time the next century came around. Academics have always been interested in the unique properties of springs and it is a British physicist - Robert Hooke - who gives his name to the mathematical law stating that the extension of a spring is proportional to the force it exerts.

Modern springs and spring wire have come a long way technologically speaking, though their design has remained pretty much constant. The collection of springs from BS Fixings includes:

The Bandfix stainless steel banding solution is comprehensive and, in conjunction with compression springs and mighty springs, could change the way you work for the better. Interested? Call us.