The Man. The Trooper. The Beer. 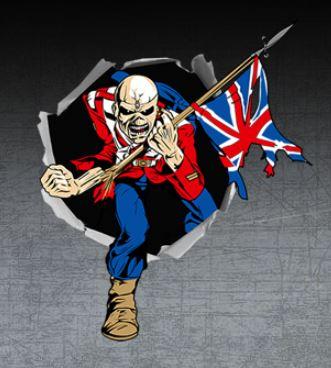 Troopers aren’t really known for displaying the finer qualities of men. You hear of people smoking, swearing, drinking (or all three!) like a trooper; never are troopers reported to be behaving, quiet or sticking to the rules. So it was with caution we approached ‘Trooper’, one of the many beers for the tasting this weekend during the @cherrytreeclub beer festival….

BS Fixings sponsored the event with three barrels of real-ale and of course stainless steel wire, sheet, fixings and other forms too numerous to mention had been an essential material at almost every stage of the brewing process.

The clean, hygienic and easily maintained nature of stainless steel combined with its sheer versatility, strength and resistance to corrosion and chemical attack makes it ideal for tanks, fridge units, ducting and barrels in the brewing process. Behind the bar, everything from the sinks, taps, and storage units to fridges, pumps and lighting will be dependent on stainless steel. Right down to the bottle openers, the fruit machine and the mobile phone you use to call a taxi with after last orders, stainless steel is ubiquitous.

So, back to Trooper : The Beer. It’s the creation of Bruce Dickinson and anyone who’s anyone knows that he is the legendary voice of the legendary band Iron Maiden. You won't, then, be surprised to discover that the beer is fittingly legendary too.. Converts and fans of the heady brew, i.e. everyone who tastes the stuff, quickly take to affectionately calling it simply ‘Iron Maiden Beer’. Bruce Dickinson is a trooper and so the distinction is irrelevant; both the official and non-official names therefore persist, simultaneously and interchangeably.

Iron is good stuff. That’s everywhere too, just like stainless steel. Coincidence? Of course not. Stainless steel is 50% iron, one of the elements on the periodic table with symbol Fe. Other metals in varying quantities are blended to produce varying grades of stainless steel for for thousands of essential uses right across the spectrum of industry. A near-infinite array of different forms, many highly specialised, can be created from stainless steel as it boasts such workable qualities. Stainless steel wire, plate, fixings, domestic products, the list goes on, are the nuts and bolts (those too!) of the world as we know it.

You want to know more about Trooper. We can tell. Visit Trooper and while you’re at it, show your support for cricket too and  link up with Cherry Tree Cricket Club on social media Twitter and Facebook. Howzat?!